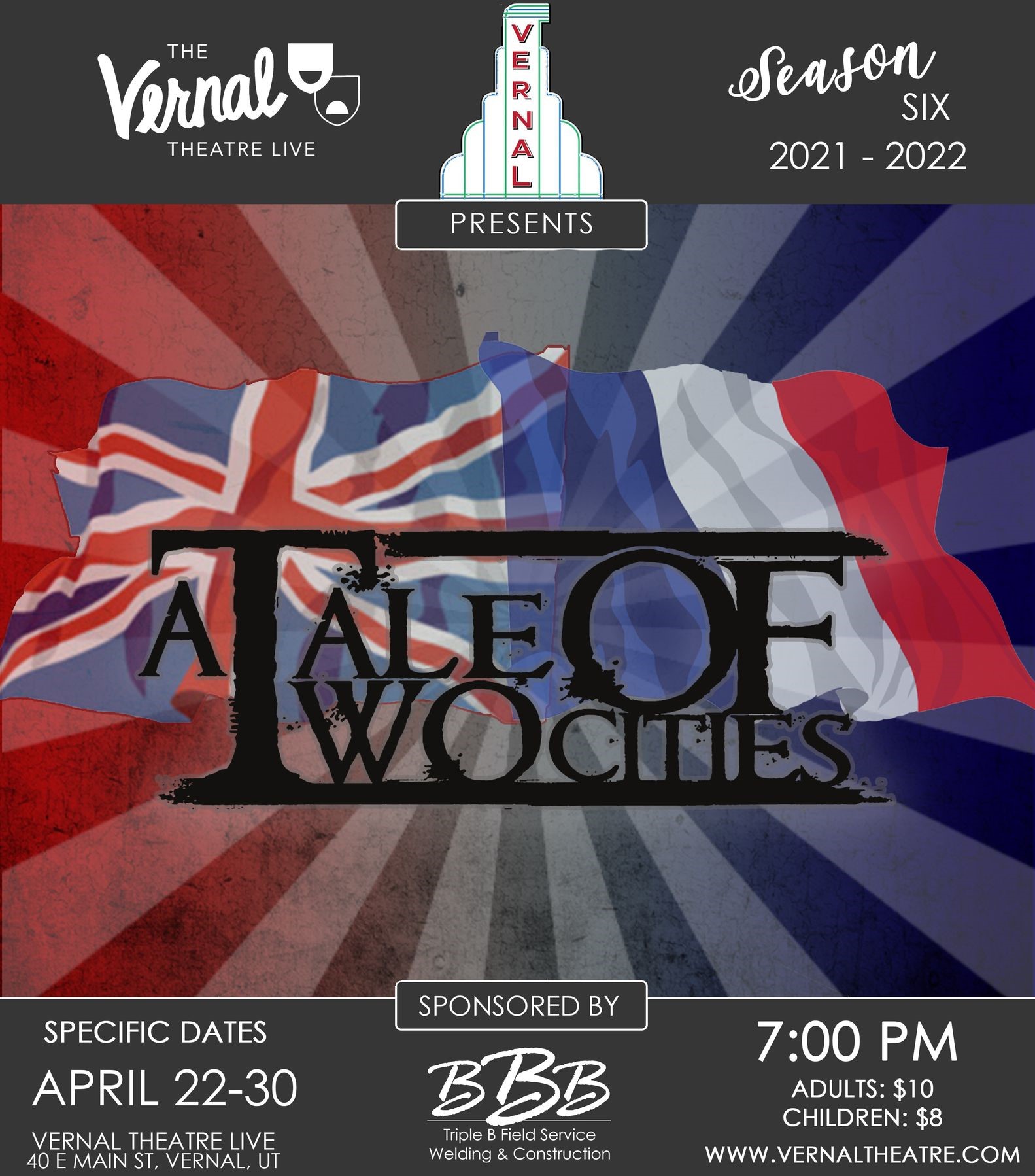 a tale of two cities

SPONSORED BY: TRIPLE B FIELD SERVICES

MUSICAL – The tale of love, revolution and redemption. Two men in love with the same woman. Two cities swept up in revolution. One last chance for a man to redeem his wasted life and change the world. Based on Charles Dickens’ masterpiece, A Tale of Two Cities is a musical that focuses on the love triangle between young beauty Lucie Manette, French aristocrat Charles Darnay and drunken English cynic Sydney Carton – all caught in the clutches of the bloody French Revolution.

*Contains scenes depicting death and mob violence. Recommended for ages 8 and up.

A HUGE thank you to the incredible people who auditioned for ‘A Tale of Two Cities’ this week!

“This was one of the hardest casting decisions I have ever had to make. Thank you for being so incredibly talented and willing to share with us. Thank you so much for being excited about this show. I am so grateful for you and for your bravery – know we see you and you are amazing. Auditions are not easy and you showed up with grace and passion that was powerful. I genuinely respect each of you. Thank you.”

If you were not cast, please audition for us again or consider helping on the production team if you are interested.  We hope to see you at the theatre soon.

If your name is on the list below, email vernaltheatre@gmail.com to accept your role in the production no later than 12pm on Monday, February 28. When you email the theatre, you will receive additional information about the first readthrough, receiving your script, etc. Thank you!