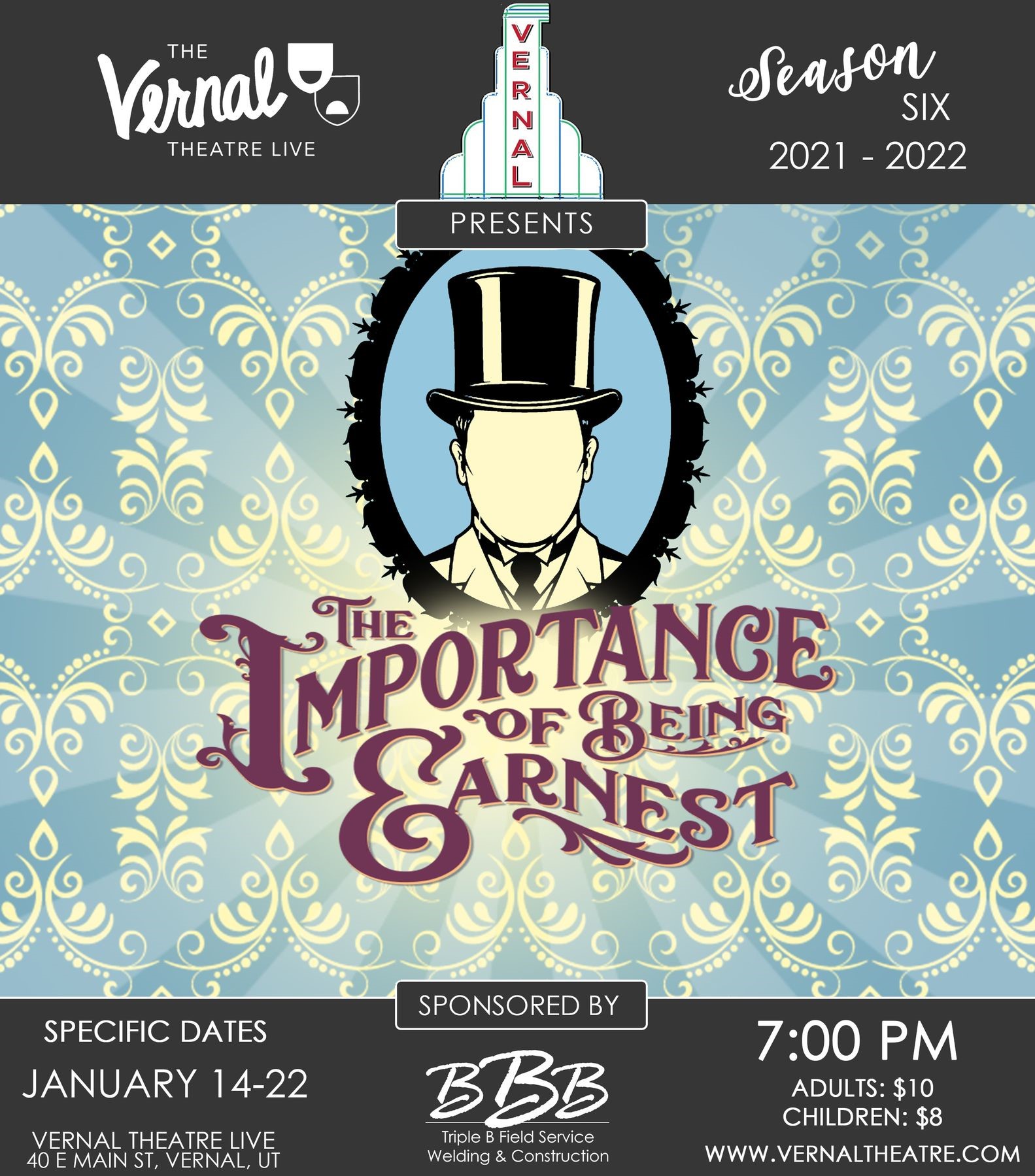 the IMPORTANCE OF BEING EARNEST

SPONSORED BY: TRIPLE B FIELD SERVICES

COMEDY –  A Trivial Comedy for Serious People, a play by Oscar Wilde.

Jack Worthing, a carefree young gentleman, is the inventor of a fictitious brother, “Ernest,” who is an excuse to leave the country from time to time and journey to London, where Jack stays with Algernon Moncrieff. Algernon has a cousin, Gwendolen, with whom Jack is deeply in love. During his London sojourns, John, under the name Ernest, has won Gwendolen’s love, for she strongly desires to marry someone with the confidence-inspiring name of Ernest.

Returning to the country home where he lives with his ward Cecily Cardew and her governess Miss Prism, Jack finds that Algernon has also arrived under the identity of the nonexistent brother Ernest. Algernon falls madly in love with the beautiful Cecily, who has long been enamored of the mysterious, fascinating brother Ernest.

With the arrival of Gwendolen & her mother, chaos erupts and hilarity ensues.

A HUGE thank you to the incredible people who came out for ‘The Importance of Being Earnest’ auditions this week! We were so impressed with everyone who came. If you were not cast, please audition for us again or consider helping on the production team if you are interested. We are so grateful for your time and sharing your talents with us. We hope to see you at the theatre soon.

If your name is on the list below, email vernaltheatre@gmail.com to accept your role in the production no later than 12pm on Monday, October 22. When you email the theatre, you will receive additional information about the first readthrough, receiving your script, etc. Thank you!