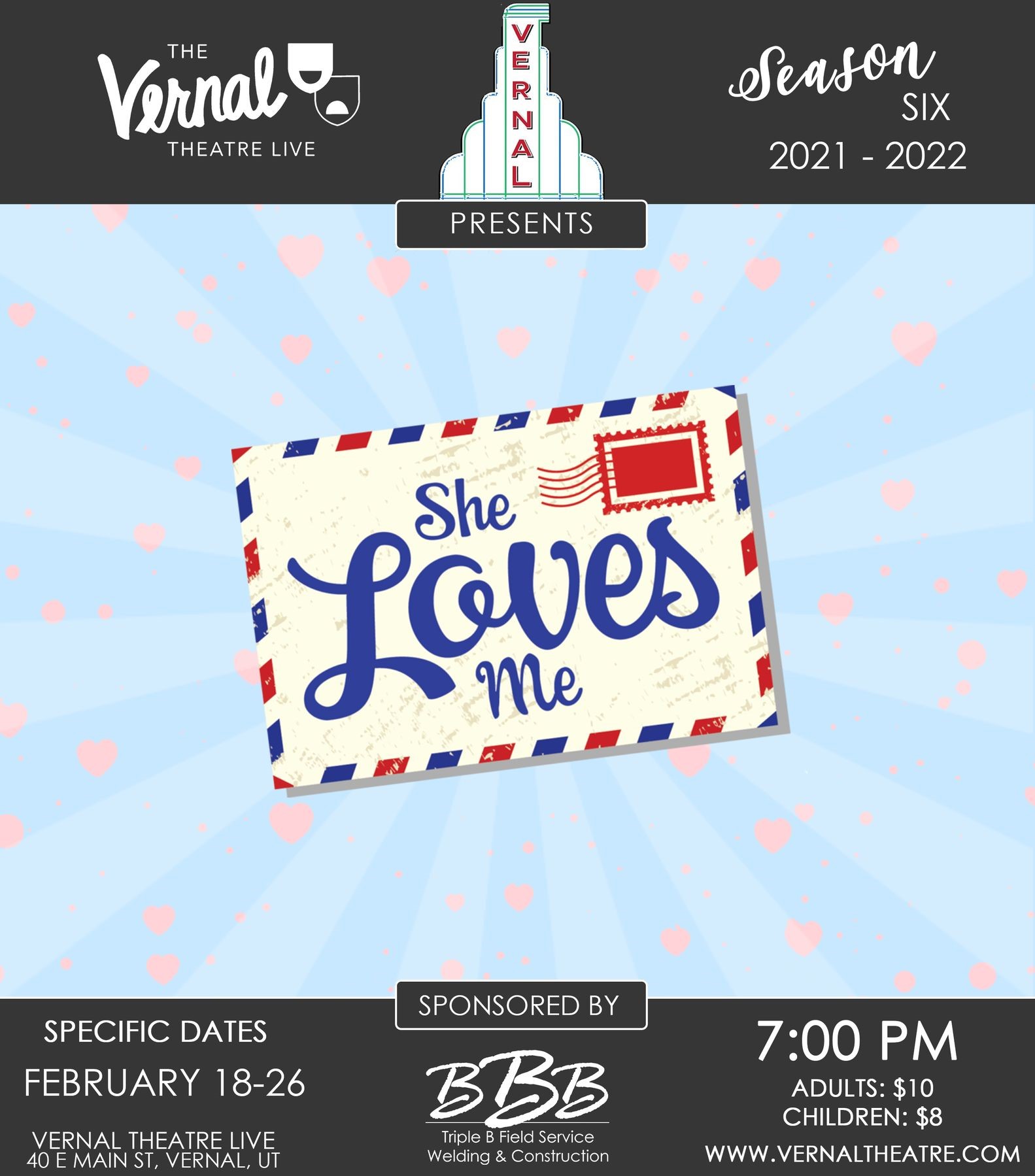 SPONSORED BY: TRIPLE B FIELD SERVICE

MUSICAL – Considered by many to be the most charming musical ever written, She Loves Me is a warm romantic comedy with an endearing innocence and a touch of old-world elegance. The Mikos Lazlos play Parfuemerie, on which it is based, has inspired many adaptations, including the beloved film You’ve Got Mail starring Meg Ryan and Tom Hanks.

Set in a 1930s European perfumery, we meet shop clerks, Amalia and Georg, who, more often than not, don’t see eye to eye. After both respond to a “lonely hearts advertisement” in the newspaper, they now live for the love letters that they exchange, but the identity of their admirers remains unknown. Join Amalia and Georg to discover the identity of their true loves… and all the twists and turns along the way!

A HUGE thank you to each and every person who came out for auditions for ‘She Loves Me’ this week!  Casting is always a difficult process and we want you to know that we were blown away by the talent we have seen.  If you were not cast, please audition for us again or consider helping on the production team if you are interested. We are so grateful for your time and sharing your talents with us. We hope to see you at the theatre soon.

If your name is on the list below, email vernaltheatre@gmail.com to accept your role in the production no later than 12pm on Monday, January 3. When you email the theatre, you will receive additional information about the first readthrough, receiving your script, etc. Thank you!

Please Note: There are still many speaking and singing parts that have not been assigned and will be given at a later date. Ensemble members will double as different characters and will need to be hardworking and adaptable.