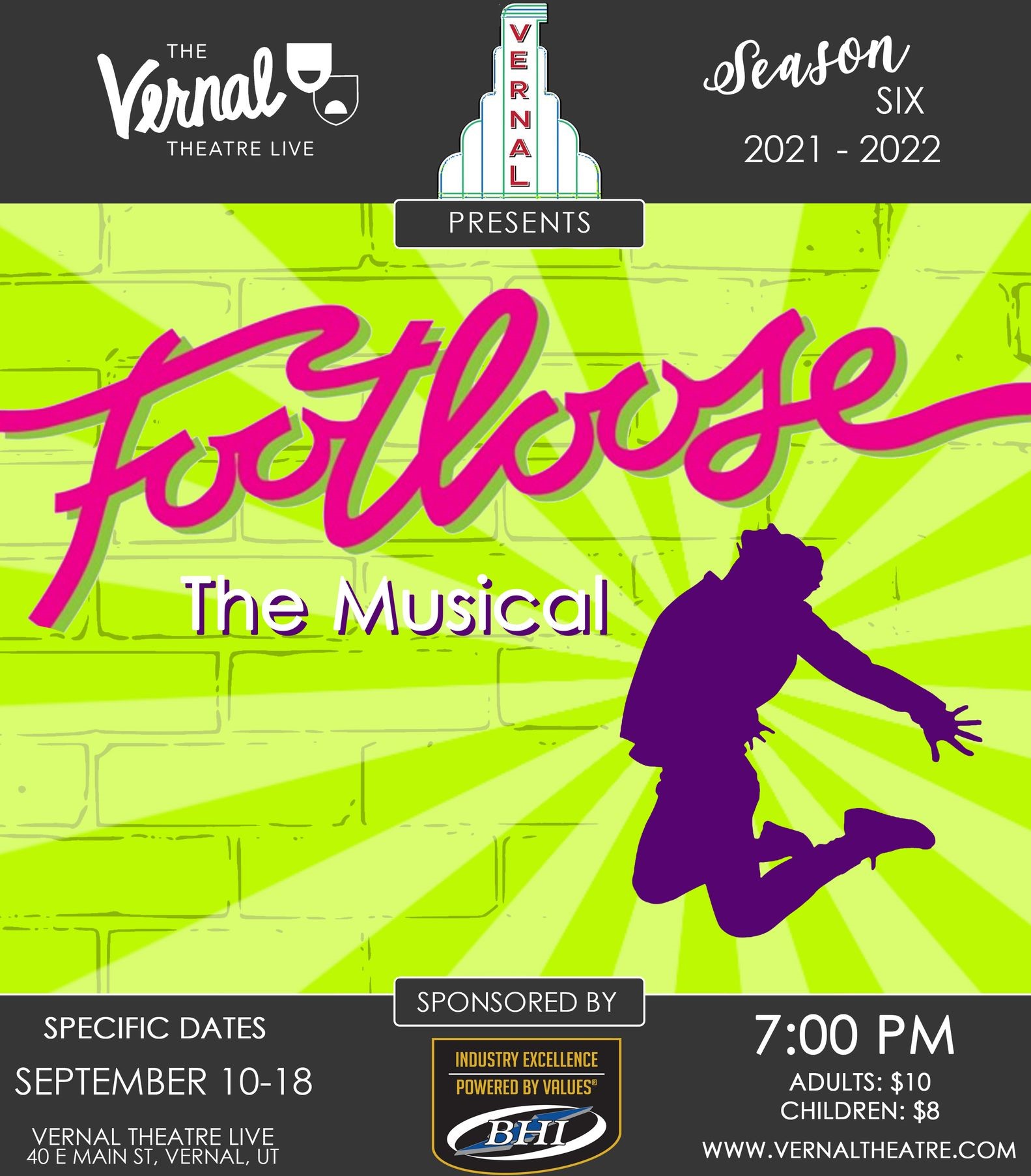 MUSICAL – When Ren and his mother move to a small farming town, he is prepared for the inevitable adjustment period at his new high school. But he’s not prepared for the rigorous local edicts, including a ban on dancing. When the reverend’s rebellious daughter sets her sights on Ren, her roughneck boyfriend tries to sabotage Ren’s reputation, with many of the locals eager to believe the worst about the new kid. The heartfelt story that emerges pins a father longing for the son he lost against a young man aching for the father who walked out on him.

With dynamic new songs augmenting the powerhouse hits from its bestselling Oscar-nominated score, Footloose celebrates the exhilaration of youth, the wisdom of listening to one another, and the power of forgiveness.

All sales are final. Please double-check the event date(s) selected. There are no refunds or exchanges.

A HUGE thank you to the incredible people who came out for ‘Footloose’ auditions this week!  Thank you for being so excited about this show. If you were not cast, please audition for us again or consider helping on the production team if you are interested. We are so grateful for your time and sharing your talents with us. We hope to see you at the theatre soon.

If your name is on the list below, email vernaltheatre@gmail.com to accept your role in the production no later than 12pm on Tuesday, July 20. When you email the theatre, you will receive additional information about the first readthrough, receiving your script, etc. Thank you!